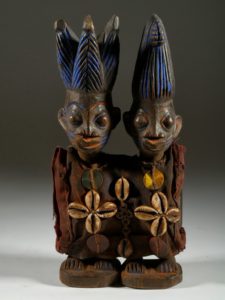 In reading Hannah Arendt’s essay Reflections on Violence there is no elaboration of the fear of violence, nor does Arendt speak of her own fear of violence. She does narrate in an interview about being arrested and lying to escape the jail cell, though in her arrival as an immigrant in New York, who has escaped death, this ghost of this violence is more palpable. Yet the fear of violence in and of itself is something worth discussing. A ghost that haunts survivors of war and genocide. In war tribunals, one of the most difficult cases is usually the violence between family members; or that done by people in a relationship prior to the beginning of the violence. How much of this violence, it could be asked, emerges out of the personal relationship of the victim and their killer?

In one of our last meetings, you acted as if so much time had passed since high school. You decided it was okay to be seen together in public. I could not accept that you had gotten over your fear of being seen with me. I slept in the van that brought us to the university campus, because I did not trust you. This is what we had become after 15 years of being twins. In this decade and a half we had gotten so used to each other that as most endearing friends do, we had started to mirror each other. I bought the same beaded bracelet you wore on your right hand. You kept the leather wallet I gave you as a birthday gift. You remember that one time kept the leather wallet I gave you as a birthday gift. You remember that one time when I came to your house and your brother was using this same leather wallet? You remember the silence that came over me for five or so minutes as I couldn’t believe you’d share our meanings with someone else? I wondered why your older brother was allowed to share our wallet. Over the years, there were so many things or moments that tried to force us apart. Like when you suddenly left for King’s College. I had tried to get in and failed. We’d both failed, actually. Then suddenly you got in. I recall how this felt like a loss.

How much of this violence is a facet of friendships or marriages, of existing human bonds in community? This is not, to my knowledge, a subject that Arendt engages. Yet, I think about “Twins” also from this perspective: the perspective of their humanity and also how this humanity protects them in the face of rivals. It is difficult to imagine two people forming and growing inside the same womb: who have been together, since the beginning, so to speak, could bring so much violence to each other; or could kill each other. Twins, are after all, in Yoruba culture, are revered for their divine powers: a moral practice based on a story about the death of one twin. Yoruba say that if you look after your twins and no harm comes upon them you will receive abundant blessings. This is probably why Hilton Als resonates with the Yoruba moral practice around twins, when he discusses his twinship with a film-maker known as Sir or Lady in his book White Girls.

As to what Als calls a survivor, of verbal, physical, and psychological violence, from his father, the writer has formed this bond of twinship more as a magical charm or juju against more violence. Yet even in the film-watching and white feminist twinship developed amongst the two black men, neither can escape this ghost of violence that haunts them both. This hauntology of violence inflicted on them by their fathers, and also, the fear of violence, and fear of fatherhood. Their twinship is colored by this real fear of their fathers. The twins, the narrator and Sir or Lady, share this ghost of black fatherhood; “the figure of the ghost as that which is neither present nor absent, neither dead nor alive.”

In White Girls, as the title suggests, black fathers are less visible than white women, such as Audrey Hepburn in the film Breakfast at Tiffany’s. Als goes so far away from black fatherhood that even when he writes about the author of Breakfast at Tiffany’s, Truman Capote, he writes of him as a white woman. One of the most exhilarating passages written by Als is about the jacket photograph of Truman Capote reclining on a couch. Capote is described as a white girl; who rivals the women authors of his time such as Elizabeth Hardwick. Als thinks also of Michael Jackson as a white girl—hose beauty is matched only by Elizabeth Taylor. But in the author’s desire for white women contradictions abound.

The same black fathers, or rather black men who have inflicted a psychological, verbal, or physical violence on the author, also have famously or even historically desired white women. These two metaphors of his book, whiteness and femaleness, simultaneously relate to the desires of black men. Perhaps the desire for white girls has prepared and triggered another violence, amongst black women: in the words of musician Beyonce, “Becky with the good hair” as an object of envy. Yet, even in the divergence on the desire or envy of white women, Als’ characters have a kinship with black women in their relationship with black fatherhood.

When James Baldwin saw two Ibeji wood carvings he said: I know them; I’ve seen them in Harlem.

I read a story the other day about the two identical wooden statuettes. In the story Oya, the third wife of Shango, the god of thunder, gives birth to twins, and after one of them dies, Shango asks the priest to make a statuette to be placed at an altar in their house to be given daily alms.

The Writing on the Wall

Something can be said about encounters with strangers in public bathrooms, specifically women bathrooms. There is the horror and discomfort…

Notes on a Misplaced Photograph

There is, allegedly, a photograph of Flora Nwapa’s daughter beign carried by Emperor Hailie Selassie when he visited Enugu in 1972. Uzoma…