There is, allegedly, a photograph of Flora Nwapa’s daughter beign carried by Emperor Hailie Selassie when he visited Enugu in 1972. Uzoma Nwakuche, Nwapa’s son, speaks about the photograph in The House of Nwapa, a 2016 film by Onyeka Nwelue. “I feel proud to say that I happened to have met him at that early age…and what I remember was that he was really nice and he carried Amede, and there was a photograph. I don’t know where it is, but it’s in my memory.”

Mr. Nwakuche stands with his mother outside the frame. His sister had been born ten or twelve months earlier. The larger point he makes is Flora Nwapa’s dual commitment to being a mother and a stateswoman. Only now he falls back to nothing evidential to prove his point—“I don’t know where it is, but it’s in my memory.”

If anyone would dispute the existence of the photograph, I would suggest the following image, as evidence: 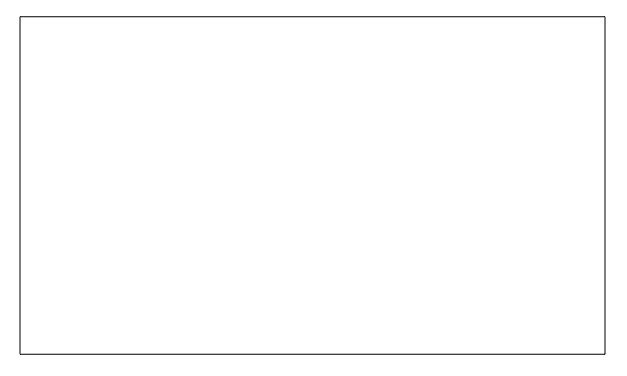 The evidence for him, I presume, is his ability to recall that there was a photograph in the first place.

A thing is misplaced; a person is displaced. What both propositions have as a common denominator is the evocation of place. But there’s another denominator: a misplaced thing or a displaced person is usually moved out of their habitual locations by extraneous circumstances. The misplacement of a cherished object might be the result of an owner’s carelessness, but never an act of will. And the displacement of a person, in a similar sense, is almost always beyond that person’s control.

On March 5, 1986, Major-General Mamman Vatsa was executed for his alleged role in a coup plot against the then head of state, General Ibrahim Babangida. As Max Silloun writes in Soldiers of Fortune, Vatsa was sentenced to death for his unperformed intentions. There had been no physical attempt to overthrow the government. Silloun recounts further: “Before facing the firing squad Vatsa removed his wrist watch and wedding ring, and asked for them to be given to his wife. His wife later claimed that the ring eventually returned to her was not his original wedding ring.”

Or Babangida could have requested for the ring, as an aide-mémoire: to mark his survival over his adversary, or to symbolize his ambivalence about ordering the execution, or as memento to regret his complicity. In an interview in 2001, he said: “While watching the video of his execution, I saw him remove his watch and give to a soldier to take to his wife…I was so touched I couldn’t continue watching. I turned away and that night I couldn’t sleep.”

When people die, their prized possessions enter a kind of black market, where the face value of the object is directly proportional to the process of their remembrance. In Vatsa’s case a watch and a wedding ring epitomizes the severity of his dying declaration. It is likely he knew, since he chaired a 1976 tribunal for failed coup-plotters, that he would be buried in an acid-enhanced mass grave. He was. Consequently he wasn’t memorialized on a tombstone.

When we outlive our dearly departed, we might occasionally visit a graveyard to remember. Facing a tombstone is a way to say, “I am still with you.” Except where a body is cremated, when a tombstone cannot be found, or doesn’t exist, it would be as if our beloved is displaced forever.

This is a story told by former president Olusegun Obasanjo about Major Kaduna Nzeogwu: “He was ambushed while trying to save the Nsukka situation for the rebels. How he came to fight on the rebel side at this time was not clear because he had earlier indicated to me in a letter his desire to fight for the unity of Nigeria…His body was conveyed to Kaduna and he was buried with full military honours in recognition of his true Nigerian spirit and nature.”

The central mystery of Nzeogwu’s death, Obasanjo writes, is his inexplicable shift of allegiance. A famed nationalist, he dies fighting for secessionists. To simplify this mystery—as Obasanjo does, writing about Nzeogwu’s “true Nigerian spirit”—is to miss an opportunity to speculate on the ambiguity of the choices available to him during the Biafran War. These choices, anything but simplistic, appeared under the rubric of identity. Kaduna Nzeogwu was a man who bore the name of a town in northwestern Nigeria as his first name, appended to an Igbo surname. This could be superficial, or foundational.

If foundational. Who owned his body, those for whom he fought, or those after whom he was named? Depending on what answer is proffered, he could be a displaced person, even in death.

The choreographer Okwui Okpokwasili speaks with Jenn Joy about Poor People’s TV, her work-in-progress partly addressing the missing Chibok girls. “My concern is with particular bodies that are invisible. We are specters. We are shadows. How to exist as both shadow and living body—which is also a position! It’s a place that you’re emerging from. The dark shadow is a rich and dangerous space. Who gets to define its outlines and meaning? It’s not alive; it has an unshakable weight. It presides over our nightmares.”

This essay is about absence as an embodied space. To evoke these missing photographs, to reveal these displaced bodies and missing persons, considering, meanwhile, the weighted remains of their absence.

1. On my first trip to Dar es Salaam I walked around the city on foot and got sunburned so badly…